The Great Pyramids are located in El Giza, Egypt. There are three major pyramids of which Pharaoh(King) Khufu Pyramid is the largest one. The other two major ones belong to Khufu’s son – Khafre and the subsequent King – Menkaure. There is still no firm theory regarding the construction mode of The Great Pyramids. These are built as cemeteries with all the favorite items and amenities of Pharaohs as Egyptians believed in life after death. There were paintings on walls along with the scripts which provide an insight into their amazing life. But today there is hardly anything left in The Great Pyramids. They have been looted several times in the history. It is believed that there are other entrances to The Khufu Pyramid which might be closed following loots and are never identified. With so much more to learn, these massive structures are beautiful yet mysterious.

Can you see I am excited already? Lets read about my experience.

What did I love most about Pyramids?

Undoubtedly, their massive structure. The panoramic view of The Great Pyramids is so satisfying. Its a complete picture. There are so many ancient structures in the world holding the secret of how they were put together and then there are Pyramids. It is unbelievable that those giant rocks were arranged at such a great heights and yet in the perfectly possible triangle shape. The accuracy was close to 100% and it is not known if the Egyptians were aware of Pi yet could have used it.  Source – My Guide. He mentioned he studied ancient history in the local college. We are lucky to have a well-informed guide. Overall, everything together made our trip lovely. Its a picture that stays in heart forever.

Did Pyramids meet my expectations?

Of course yes. The view is amazing and the pictures with these in background are so overwhelming. I wouldn’t dive into Pyramids as they are built for a reason but I wish there is a way to learn more about them. On those lines, Egyptian Museum is a must visit as there are thousands of items on display excavated from Pyramids. It is also home for the several items discovered from the Pyramid of King Tutankhamun which is possibly the most intact tomb ever found in this age. There are mummies too. They all throw us back in time and it is such a wonderful experience.

Recently, scientists discovered there is another inaccessible hidden chamber apart from the already known three major chambers in The Pyramid of Khufu. Who knows what else this mysterious structure has in its store.

How did local people treat?

Oh! Are local people not sweetest almost everywhere? Egypt is no exception. We had one of our sweet experiences when we walked on the streets of Old Cairo Bazaar and classic little alleys on the way to The Hanging Church. People recognize us as Indians(thanks to our looks) and the way they confirmed was sweet 😀 They ask “Shah Rukh Khan? Amitabh Bachan???” who are the Big Stars of Indian Cinema. Since Egypt speaks Arabic, some of the Indian movies release here and looks like people are big fans of those stars. Some kids even asked for a photograph as we, Indian kids ask for pictures with foreigners back in India. That is indeed a happiest moment. People really treated us with respect and welcomed with a smile.

What are the food options around here?

First thing to mention is breakfast buffet in our Hotel Fairmont Nile. That is one of the best and largest breakfast buffet I ever had. From American cheese, French pastries to local varieties, it covered almost everything. My personal favorites are Egyptian pita bread with fava beans, taameya or falafel and eggs cooked in Ghee. Also there is a stall which is a direct honey hive and picking honey from it felt so good.

When we are out for lunch, we ate Koshary which is rice with chickpeas, lentils, fried onions and lemon. It is the most common food in Egypt and is so delicious. And every restaurant almost commonly served grilled meat(chicken, pork and camel too) with rice and vegetables.

When it comes to deserts, try Basbousa or perhaps any other sweet in Talaat harb street which will be most possibly the best sweet ever tasted.

On top of Cairo Tower, we tasted ‘Omm Ali’, another authentic Egyptian desert which is a puff pastry with milk and nuts. It is different and definitely worth trying.

Related: Cairo is a city to check out! Read about it here

How to reach Great Pyramids?

Today, Pyramids are no more in the middle of the desert. A short walk from tallest pyramid is McDonalds and there are several hotels around Pyramids. But it is always best to book a tour in advance. There is very minimal public transportation and even if you manage, it might be extremely crowded. A tour may have a transportation of its own and it is much easy to commute from Pyramids to Sphinx and other spots around. A tour may also include a camel ride and quad bike around Pyramids which will sure be a memorable experience. Our tour cab even has wi-fi, they sure scored a bonus point as it did help a lot to search places or words to communicate with driver without spending  on cellular data all the time.

What are the recommended hotels?

We stayed in Fairmont Nile which is about an hour from airport and half hour ride from Pyramids. It is a great location with Nile river view and several shopping places around. There are hotels with Pyramid view as well but those can be far from city center. AirBnb is not very much popular in the area.

What and where to shop?

A single answer from almost any local guide is Khan El-Khalili. It is a great place to buy souvenirs and other local made stuff provided you are good at bargain and fake walking away to grab a good deal. There are hundreds of shops here and all of them carry similar items. So good luck!

A guided tour always makes stop at their affiliated shops and we loved their choice this time.  We were taken to Papyrus Scrolls with night illuminated graphics(the making of it boggled us) , Perfume store and Khartouche, a personal oval shaped souvenir with embedded Egyptian symbols which is meant to protect from evil spirits.

Is it worth all the money and time?

Definitely. These are Pyramids, the greatest man made structures ever. Also Egypt carries so much history and it feels incredible to stand amid those giant structures and statues. However, Egypt is not that costly after all, well after flying into mainland. But I wish I had more time to cover all the surrounding places. 4 days would be ideal to cover all the places around Cairo. And 10 days at least, if bundled with Luxor and Aswan, two other important historic and must see cities in Egypt.

Will I do it again?

Not really. There is more to experience in Egypt apart from Pyramids. It is once in a lifetime experience and I was extremely satisfied the way we did it. Moreover, there is lot more in this beautiful world awaiting me.

So how many times ‘Pyramid’ was spelled in this Pyramids post? 😀 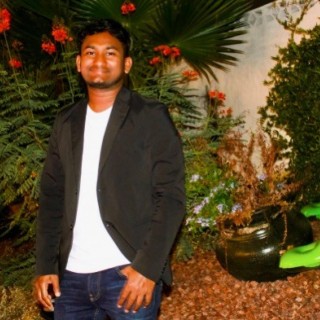 “Be a Roman in Rome” was the first travel quote I heard. Soon I realized every place is unique. Wondering how? Well, the stories here prove. Enjoy reading them! With so many lovely places on this earth, different cultures and variety of food, exploring one at a time while living a crazy IT professional life. In short, call me Explorer, be it places, food or IT. See you around!